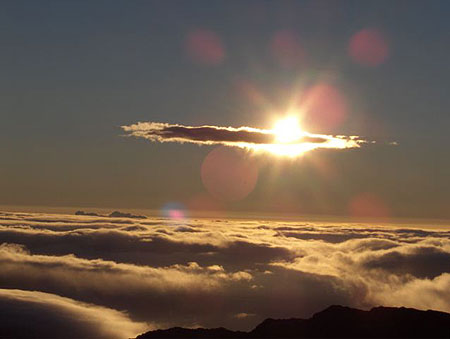 Warriors of the Rainbow…stand up now

Everything is sacred here and now

Eyes of fire is calling you

See the beauty all around

See with sky with conscious eyes.

They are surrounding us day and night

-Indian in the machine

EYES OF FIRE CREE PROPHECY: Warriors of the Rainbow

There was an old lady, from the “Cree” tribe, named “Eyes of Fire”, who prophesied that one day, because of the white mans’ or Yo-ne-gis’ greed, there would come a time, when the fish would die in the streams, the birds would fall from the air, the waters would be blackened, and the trees would no longer be, mankind as we would know it would all but cease to exist.

There would come a time when the “keepers of the legend, stories, culture rituals, and myths, and all the Ancient Tribal Customs” would be needed to restore us to health. They would be mankinds� key to survival, they were the “Warriors of the Rainbow”. There would come a day of awakening when all the peoples of all the tribes would form a New World of Justice, Peace, Freedom and recognition of the Great Spirit. END_OF_DOCUMENT_TOKEN_TO_BE_REPLACED