This is not a cute puzzle to solve…. when you solve this puzzle, you will know that humanity is entering the most dramatic ever created by our Creator.

The zetatalk material AND the Kolbrin, both  mention the idea that RED CLAY comes from previous Nibiru passage… red clay from Australia, the Americas etc.  Red clay in fact, comes from Nibiru!!!!

Whoa earthlings…that means there are hidden parts of Nibiru everywhere! 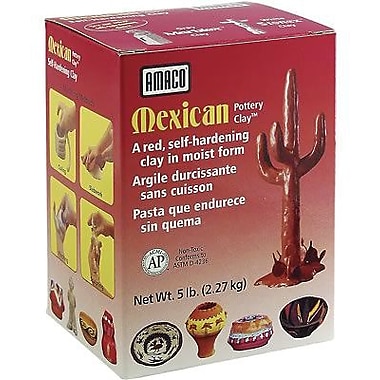 The story of Nibiru is there in our markets and homes….red clay… neat stuff eh?

Now what is this, about the ‘greatest moment ever created by our Creator’….?????

Folks, what this means, that if this red clay origin story resonates with truth, then so may the ancient prophecies of the future, resonate with you, with what is to shortly to come.

WHAT THIS MEANS, IS THAT THE HOUR OF THE DESTROYER IS AT HAND… this is is said to happen when Nibiru passes by…  as told by our ancient relatives of another time. Since the earth is shaking like never before, and the sky shows evidence of the earth wobble, is this moment a big red Nibiru system appears in the sky…. and as it passes, it FILLS THE SKY????

Men will go mad… probably from the methane that will cover the ground in a grey methane debris fog.

Interesting that many channeled messages are hinting the same story, as best as they can…

An Urgent Message for Mankind: “The 12th Hour Has Been Initiated”, From Cosmic Awareness Via Will Berlinghof

Let me put it this way, there may be more red boulders coming to earth, smashing into red dust.

If this is true, then the same sources are telling us that Nibiru is going to be SKYWIDE, in our sky… very soon…

Earthling, you want to figure things out… you knew it was bad… you know… all that stuff you push away… about what is actually going on in the world… hey you knew some wicked people were running the world…you knew there were some big earthquakes already… you knew the media is pumping tyranny… you now know this is the end of the age of Kali, and beginning of the Golden age… a Nibiru passby might bump things along one might say…

The Kolbrin bible passage, is something I recorded yesterday (posted above).

I’ve listened to it over and over.

I am fascinated with how this ancient prophecy of future times, obviously sounds like a Nibiru passby.

It sounds like we are in the time the Nibiru SUDDENLY appears in the sky.

It doesn’t get too swell from there except…

Those who make it through, cozy in a pithouse with a stoutheart, will be in a post-poleshift world…. not yet ascended, but really, it is possible a human could wake up homo luminous, on the otherside of ‘the event’… for ‘the event’… is the most powerful event i personally have ever heard.  An entire film, often doesn’t come close to the power of a few paragraphs of powerful words.

1. Zetatalk is a leading site for research on the events leading up the event, and even comprehending the event itself. YEARS OF RESEARCH AT THEIR ZITE: ZETATALK.COM

2.  This’ll get you started, but it is only a tad bit of info

3.  Check out my other stories at beforeitsnews… no sense waiting for the destroyer to show up before heading to the home depot eh?

Zetas: “The Earth Is Now Trapped In Front Of Planet X”,…Devastation Not Seen In 50000 Years Forthcoming

The Presence of Nibiru has many levels to it. First of all, it is an inhabited planet. It is not an empty ball of magnetic mass. It is a planet that is guided, just as much as the peoples of this world and this planet have been guided ever since the world began. Nibiru is coming again, not so much to create disaster, disease, starvation and hunger, but more to catalyze that shift that was predicted by the beings of ancient times, to correlate with the shift in consciousness that is already happening with beings who have reincarnated over and over again to get to this place in themselves where they are now able and willing to come into the experience of their Light Bodies from the soul outward.

The main reason for the presence of Nibiru, not only in this particular era, but also in all succeeding eras, was for humanity to understand that “You are Light.”

When humanity completely understands that “You Are Light,” then Nibiru will spin out of this Solar System and do its work elsewhere, wherever, it is wanted and needed. This is the truth of Nibiru, which has not completely been revealed.

SANANDA CONFIRMS NIBIRU’S EXISTENCE: Nibiru is known as the Twelfth Planet and is in Earths inner orbit now. NASA has posted images of Nibiru calling it the dwarf star. The Path of Nibiru aligned with Regulus is the Path humanity will take as it Ascends back to its origin in the Higher Realms. It is the end of the age of duality and a New Age of Peace and Love.

9.  Our indigenous brothers and sisters of the world too…  The Cree prophecy was very popular on beforeitsnews.com today… it seems people are wanting to hear more from the natives of the world and the rainbow warriors. People, listen to the ones who are able and willing, to show you the way through these times. Humanity has not come without guides, or blueprints of the divine plan. /…/ancient-saskatchewan-cree-prophe…

So the whole gang basically is supporting this premise… and you thought maybe not eh?

What to do from here?

First off… listen to the recording of the Kolbrin… and then ask yourself if you want to go through such an event, WITH OR WITHOUT DIVINE INTERVENTION FROM THE HEAVENLY HOSTS.

Preparation… to be of stout heart…. preparation to build a pithouse or place of safety, that could withstand some fire raining down from the sky.

The Zeta brothers have been very helpful to humanity… so helpful that I doubt most of humanity could make it through THE EVENT without knowing what it is we are going through… DID MADONNA flashing her nice granny titties, PREPARE YOU FOR THE EVENT? DID THE GRAMMYS? DID THE OSCARS? DID YOU FAVORITE TV PROGRAM… did the commercials????????  If the food stores close down, how much twerking will get you some buns dear ones?

So you may wish to STUDY THE INFO ON VISUAL CENTERING TECHNIQUE, SO THAT YOU CAN GET REAL WITH YOURSELF IN FULLEST PRESENCE AND POWER…. IT DOESN’T SOUND LIKE IF PEOPLE ARE GOING MAD, THAT YOU WILL BE ABLE TO WHINE OR BULLY YOURSELF INTO A BETTER SITUATION… YOU CANNOT DENY THAT YOUR PLANET’S WEATHER TOO IS GOING A BIT WOBBLY, ALONG WITH THE EARTH WOBBLE.

A PLANET WOBBLE EQUATES TO A WEATHER WOBBLE

The Zeta info closely matches the Kolbrin A VERY OLD DOCUMENT…. maybe they both came from the same source… perhaps that source is negative… perhaps that source is SOURCE…. THE SOURCE OF ALL THAT IS WHO IS TRYING TO WAKE UP HUMANITY AND IS HAVING SOME CHALLENGES IN THAT REGARD… APPARENTLY THE PHYSICAL WORLD IS VERY MESMORIZING TO THE SOULS, BUT REMEMBER EARTHLINGS… THIS PLANET WHILE DEAR TO MOST OF US, IS NOT OUR TRUE HOME…. NO LIFEFORM ON EARTH, COMES FROM EARTH… ALL SOULS COME FROM THE NON-PHYSICAL WORLD.  THE PURPOSE OF NIBIRU IS THAT THOSE WHO MAKE IT THROUGH, WILL BE IN A POST POLE SHIFT REALITY… SOME HUMANS WILL GO TO INNER EARTH TOO… THERE ARE OPTIONS… GET SPIRITUAL REAL FAST, IS PROBABLY THE ONLY WAY TO GO FROM HERE… I DOUBT ANYTHING BUT FULL HEART OPEN WIDE, IS GOOD ENOUGH, AND WHY SHOULD IT BE????? HAVEN’T WE ALLHAD ENOUGH OF HEARTS CLOSED???? LOOK WHERE THAT GOT US??

“DEAR SHIPS… HELP ME TO BECOME A CHRIST CONSCIOUS BEING THAT I KNOW I AM THAT I AM… I AM READY TO NOT LEAD A DISTRACTED LIFE WANDERING AIMLESSLY IN THE MIND… I AM WILLING TO CENTER IN MIND AND HEART, TO HANDLE A NIBIRU PASSBY”.