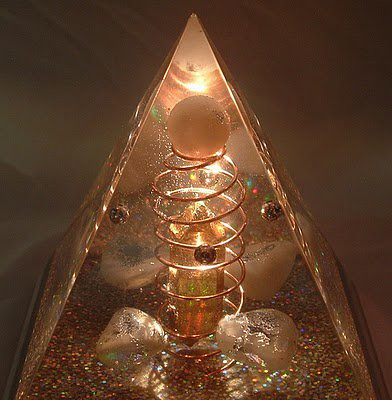 Hatonn: Orgone energy functions appear across the whole of Creation: in microbes, animals, storm clouds, hurricanes, and galaxies.  Orgone energy not only charges and animates the natural world; YOU ARE IMMERSED IN A SEA OF IT, much as a fish is immersed in water.

Wilhelm Reich was one of those scientists on the level of Tesla, who did experiments on orgone energy… and the making of orgonite, a substance that exists in the atmosphere and space… and well, it is a primary energy permeating the universe…  one can make orgonite and many are already well into the experimental phase of orgonite… the list is endless of what is to come… orgonite building material… beds…. orgonite technology to grow food with more cosmic energy….. orgonite musical instruments… orgonite can help to extend food from spoilage, and so much more… so if you are in a lull and seek to discover how you can tap into this primordial energy… and even perhaps make a new career… develop a new product… heal yourself… perhaps orgone energy and orgonite materials may be the next level.

The magic in orgonite is to bond a carbon source with a non carbon source…often people use a polymer and metal shavings… sometimes people make orgonite pyramids or other shapes to reduce EMF or to bring more lifeforce to an area... the finer the metal particles… the more power in the orgonite.

How to make orgonite pictures.

And now for Hatonns message… ciao for now! Indian in the machine

In the aforegoing writing I stated that Orgone Energy is far more important than anything else dealing with “Light” or “Frequency”  [this was a “little” hint near the end of the 11/10/94 #1 writing, on p. 64].  That always brings great inquiries especially when related to “LIGHT” subjects and certain personages involved in such theories and studies.  I focused on Wilhelm Reich as THE one who identified many of its basic properties.  I find I have to refresh most people on “what is Orgone Energy?”  I am not going into the subject here because I am focusing on Spiritual matters regarding Christ and TRUTH.  However, this will serve as a reminder to you scientific seekers as to the importance of Orgone Energy.

For you “inquiring minds” who don’t remember, or still don’t know what I am talking about, I will briefly explain what Orgone Energy “is”.

Orgone energy is COSMIC LIFE ENERGY, the fundamental creative force long known to people in touch with Nature, and speculated about by natural scientists, but now physically objectified and demonstrated.  Orgone energy charges and radiates from all living and non-living substance.  It also can readily penetrate ALL FORMS OF MATTER, though with varying rates of speed.  All materials affect orgone energy, by attracting and ABSORBING it, or by repelling or reflecting it.  This orgone energy can be SEEN, FELT, MEASURED AND PHOTOGRAPHED.  It is a real, physical energy and not just some metaphorical, hypothetical force.

This orgone energy also exists in a free form in the atmosphere and in the vacuum of space.  It is excitable, compressible, spontaneously pulsatile, and capable of expanding and contracting.  IT PRESENTS MOST PURELY AS A LIVING FORM.  The orgone energy charge within a given environment, or within a given substance, will vary over time, usually in a cyclical manner.  The orgone energy is most strongly attracted to LIVING THINGS, to water, and to self.  Orgone energy can lawfully stream or flow from one location to another in the atmosphere, but it generally maintains a west-to-east flow, moving with, but slightly faster than the rotation of the Earth.  [H: Check out some of Tesla’s later works and transmission towers!]  It is a ubiquitous medium, a cosmic ocean of dynamic, moving energy which interconnects the whole physical universe; all living creatures, weather systems, and planets respond to its pulsations and movements.

Orgone energy is related to, but quite different from,other forms of energy.  It can, for instance, IMPACT A MAGNETIC CHARGE TO FERROMAGNETIC CONDUCTORS, BUT IT IS NOT MAGNETIC ITSELF.  It can likewise impact an electrostatic charge to insulators, but neither is it fully electrostatic in nature.  It reacts with great disturbance to the presence of radioactive materials, or to harsh electromagnetism, much in the manner of irritated protoplasm.  It can be registered on specially adapted Geiger Counters.  The orgone also is the medium through which electromagnetic disturbances are transmitted, much in the manner of the older concept of aether, though it is not itself electromagnetic in nature.

Streamings of orgone energy within the Earth’s atmosphere affect changes in air circulation patterns; atmospheric orgone functions underlie the buildup of storm potentials and influence air temperature, pressure, and humidity.  Cosmic orgone energy functions also appear to be at work in space, affecting gravitational and solar phenomena.  Still, the mass-free orgone energy is not any one of these physico-mechanical factors, or even the sum of them.  The properties of the orgone energy derive more from life itself, much in the manner of the older concept of a vital force, or elan vtal; unlike those older concepts, however, the orgone also has been found to exist in a mass-free form, in the atmosphere and in space.  It is primary, primordial COSMIC LIFE ENERGY, WHILE ALL OTHER FORMS OF ENERGY ARE SECONDARY IN NATURE.

Yes, indeed, Gaia “stuff” is as near to a perfect reflection of the ABOVE as you can get without the final “keys” to the “kingdom”.  It is, further, why Dharma’s bottles keep burning up the tables!  This is NOT A SECRET–it is as prevailing as all the universe itself!

source with more HATONN: THE LIFE OF MASTER ESU ‘JESUS’ JMMANUEL – PART 2 (with comment by PHB)

CREATIVE INNOVATIVE ORGANITE FROM MILÁNEK HOLOGRAPH… CHECK OUT HIS ORGONITE PHOTOS ON FACEBOOK.

YOU CAN LOVE CHEMTRAIL AWAY WITH ORGONITE: HOW TO MAKE AN ORGONITE ORGONE CLOUDBUSTER