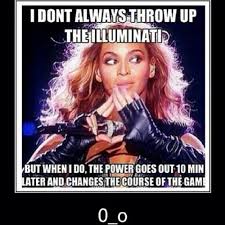 Obviously to anyone researching the matter, there is some superbowl weirdness going on… potentially something huge… and I’m not feeling like it’s good… also the power within each of us is infinite, so let’s simply attract no more false flags, thanks for joining in the planetary and personal cleansing… enjoy this superbowl power prayer from Cathy Bilsky. Keep calling in that violet flame… it’s important to learn about what is ailing the world, but we don’t need to pick up the garbage, live through the radiation… live in the warzones… drink the fluoride water… breathe in the chemtrails… LEARN ABOUT TRANSMUTATION OF ENERGY WITH THE VIOLET FLAME.

Share like you care… only you have your power, no one else… may we all learn how to gather and harness our will to create a better way through our spiritual powers, now coming more active, as we call it in.

Super bowl power prayer. by Cathy Bilsky
January 25, 2014 at 8:31pm
As we join our creative energies together as one voice let us now call:
(say this out loud using the power of the spoken word and say this with as much feeling as you can…shouting is good)

In the name of the presence of God, which I am, through the magnetic power of the sacred fire vested in me; I COMMAND:

I call to the Creator, Angels, Spiritual Hierarchy and all the Cosmic beings of light to give us their assistance in negating all negative thought forms of destruction tied to the Feb 2nd 2014 super bowl replacing that energy with positive peaceful constructive thoughts.

We cut all ties to all fear that is be perpetuated by anyone, including the movie industry, regarding the Super Bowl again replacing the fear with constructive positive thoughts. We ask the Creator to neutralize all sculptures, symbols including all satanic worship and rituals to Osiris. We command the angels and all cosmic beings to interfere with all plans of mass destruction and the sacrifice of ANY human being during the Super Bowl as well as neutralizing all satanic plans for creating chaos going backwards and forwards 1,000′s of years. We see the canisters not working so they will not release toxins, they will be stopped by the power of all that is good and true..that nothing but good shall circulate in the air.

We cut all ties to any music and all symbols that refer to the destruction of the super bowl by any kind of weapons , cleansed by the violet flame, healed by the Angelite see this energy being reconnected to the Creator now commanding all elemental’s to be neutral. We see all symbols, prophecies and all music loosing their energy as well as all forward movement. As prophesies may be changed we put all our creative energies into seeing the Super Bowl football game being a joyful safe event..

We ask oh Creator that all elemental’s of war such as guns, explosives, knives, bombs, land mines, trigger mechanisms, planes, rockets, weapons, drones, all nuclear weapons, computers, gases, germs, satellites, electrical towers, microwave towers, bio genetics, sound waves and weapons as well as any advanced weaponry that we may not have thought of…i.e. any off planet technology that is meant to destroy any life form on earth and the earth herself, and voodoo effigies that are being asked to hurt or destroy any life (human or elemental) on any level, be commanded through the Sacred Triangle of Humans, Angels and Elemental’s to misfire, disintegrate, choose to malfunction, or generally be harmless and take the path of Love.

We Cut ties to those that may want to create the illusion of an alien invasion real or military created. Cut ties to all holographic machines, the computers that run them and all satellites. When they try and communicate with each other they receive nothing but white noise and lots of static as all their high tech equipment malfunction and break down as well as all operators and technicians have memory problems as they all become dyslexic around their equipment.

I call to all possible bombs that may be planted inside (or outside) the stadium including nuclear and ask that you breakdown and become totally nonfunctional. We command the angels and all cosmic beings to do whatever they need to do to see that all of these weapons malfunction.

Lets call the violet flame thru all symbols and music used.during the half time ritual neutralizing all dark energy being sent out thru the airwaves. We are putting up crystals shields on the out side of all tv’s and computers so no one will be affected by any ritual energy performed during half time. As the energy is neutralized the crystal shield changes the energy to an enlightened uplifting awakening spiritual energy. that brings peace, joy and harmony into all the homes and establishments that has the game on.

We see everyone at the Super Bowl Game.having a delightful and safe experience…NOTHING HAPPENS.

Never the less not our will but thy will be done.

One thought on “Super Bowl Power Prayer By Cathy Bilsky”