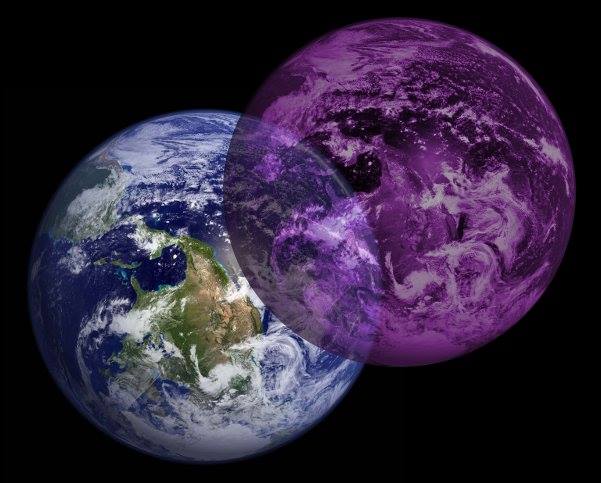 Allrighty… we’ve been a few hints as to the ascension timeline, by Prime Creator…  keep in mind that there are basically three waves of ascension… according to Ashtar, who is one of the head honcho managers of this transition project of earth and it’s inhabitants, the three waves of ascension corelate to the three wave of the photon belt, which is  large band of gamma radiation that is changing all life, on our planet and in our solar system and is responsible for changes in our sun, planets, DNA etc… pretty much everything is getting an upgrade.

Referring to the October 16, 2013 message from Prime Creator from Kathryn E. May, Prime Creator says, “The news for 2014 is so dramatic, so life-changing for humankind, for planets, stars and all the beings of the Cosmos that words can hardly describe it.”  He adds that many are not going to ascend in this lifetime, without working out all issues with those who have oppressed the planet…  my observations on facebook and alternative internet sites, still see evidence of lack of will and love… so that’s something to consider if you want to truly move beyond the oppressors.  It is something for me to continue to work on as well… releasing blame and resentment for the ignorance, the lies, the deceit, the ongoing fear, the ongoing lack of love…

“Beloved Ones, and identify any feeling of impatience, frustration, resentment, anxiety or depression, for these things will hold you back from joining the first wave of Ascension, which is to begin imminently and continue through the first months of 2014.”

So there is our first hint!…. The first wave begins ‘imminently’… and He says many of us are empathic to the pain and suffering of each other and our planet and this holds us back from being part of the first wave of ascension.

Only Faith, Love and Forgiveness will give you wings to lift your hearts and accomplish the great Shift of 2013-2014 which is your birthright. I can tell you this, Beloved Ones, that if you can accomplish this, and the other Ten Commandments for Ascension I have laid out for you as guidelines, as a part of Sananda’s New Scriptures, every one of you reading this will be embracing your Brothers and Sisters in higher dimensions before the first equinox of 2014, and many of you will have completed your Ascension before the turn of this historic calendar year.

Let’s look closer at this very important paragraph….  the keys to ascending… including doing so before equinox 2014 is:

Ten Commandments of Ascension from a previous message are as follows:

1). You must maintain complete command over your emotions, thoughts and feelings, such that you only permit expression of the high vibration emotions, which are Love, Compassion, Kindness, Forgiveness, Joy, Laughter, Harmony and Peace.

2). Gain command over your thoughts so that you refuse entrance to those thoughts and ideas which cause you doubt, anger, resentment, anxiety or despair, or which bring these feelings to others. Do not insist that you are simply addressing “reality.” These thoughts are all manifestations of Darkness, the Dark teachings of the past.

3.) Understand that self-defense is only that. Initiating an attack on another, regardless of the professed excuse, is never acceptable to God.

4). Remain in a state of good will, kindness and compassion toward yourself and your fellow humans at all times. Any religion or attitude which professes enmity, disapproval or condemnation toward others is false and not of this Creator.

5). Accept that you, and all the animal, vegetable and mineral creations on your Planet Earth are conscious beings with feelings, thoughts and aspirations to ascend. Refrain from eating the animals, for they are your friends. You will all rise together, and you will receive great assistance from the other Kingdoms.

6). Protect your planet as you would your child, for she is the source of Life. Do not permit invasion and attack to her body, regardless of any excuse that is given or any entitlement assumed.

7). Join with others, especially including the children, to joyfully and consciously prepare yourselves for this all-important event. Nothing in your lives is as important or as deserving of your attention as assuring your own Ascension and that of the people around you.

8). Allow the endless Love from Us to flow through your body and fill your heart. In this way, you allow your own ascension to occur effortlessly.

9). Teach patience, compassion and endless Love through your own actions, which speak louder than anything you can say. Make peace with those around you, and you will live in peace.

10). Approach this challenge with Joy, for it is truly the stairway to Heaven.

“…many of you will have completed your Ascension before the turn of this historic calendar year.”

I’m interpreting as a hint that the second wave will finish by the end of 2014 and the third and final wave of ascension will occur sometime after that.  After the third wave, everything that we’ve come to know in the physical will be no more, and there will be an entirely new world based on 5D Light to enjoy!   Does that sound like the darkhats are succeeding in their plans for world domination?  Does all of this sound like the radiation from Fukushima, or nuclear war will annihilate everything? Does it sound like our planet will die? Not to me!

Soon we may be facing a “Primary Event”, probably earthquake-related, or solar flare-related, or even related to Nibiru/Ison to cleanse our planet ‘by fire’… at some point, there will likely be a brief evacuation of our planet, as it is completely cleansed of all lower energies.

The real issues during these final days on the surface of our planet, is to release  impatience, frustration, resentment, anxiety or depression… until only love remains… it isn’t easy in this world of our creation, but then again, that’s why the entire Omniverse has come to observe and support us from behind the veil… this magic trick called, “The Third Grand Experiment” has never been attempted before in any universe.

Watch for the real fun to begin, when the first wavers may come back to earth shortly after their reunion on the Lightships, with their DNA, auras and bodies completely restored.  I would imagine that would be of great assistance to the second and third wavers… and those sitting on the fence regarding all of this.. those who do not even acknowledge a spirit world, or those who are still in doubt that God and Creator exists…  er, surprise!

Don’t feel bad if you are not relating to this old world… that’s a sign you are ready for something completely new, and it will be worth it to focus and lose the physical-based distractions and addictions! Many on the internet are addicted to alternative news… don’t be fooled int thinking if you figure out what the darkhats are doing, you will ascend… although it’s good to be informed, having love in your energy field, and releasing the illusion (not clinging to it and pointing fingers),  is the true ascension ticket.

Remember the spirit world is the cause, and the physical world is the effect, it’s never been the other way around, it just may have or still does, seem that way.

Indian in the machine is a blogger, trance drummer, photographer of the sky spirits and other unusual sky energies, and is teaching an 8-week online ascension course called, “Preparation and Experiments Towards Personal Ascension”.

You Raise Your Frequency, Or Are Highly Creative… And Others Attack You, Or Don’t Support You… Why?

Have A Glimpse Into The Fifth Dimension Right Now! Here’s How!