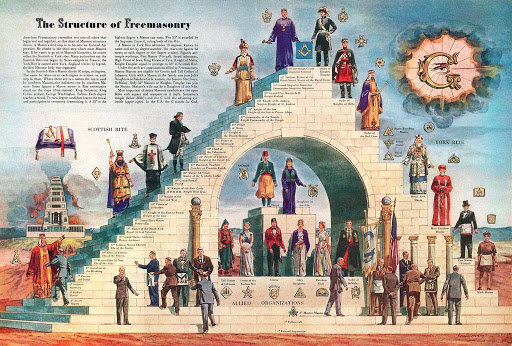 In a bizarre scene at last night’s City Council Meeting, Mayor Don Atchison went on an extended and angry rant against the local newspaper of record The Star Phoenix for a supposed bias against the City and City Council.

Responding to a series of letters written by former Mayor Henry Dayday and published by the Star Phoenix over the past few months on the topic of the City’s capital project spending, Atchison suggested that the Star Phoenix had a duty and obligation to report both sides of the story and demanded that their letter of response (presented in the Council Agenda last night) be published in full (all 5 pages) by the paper. He went further to suggest that if the paper would not meet their demands that Council approve public money to take out ad space in the paper to ensure their response was printed.

I think it’s fair to mention that Don Atchison is a member of the Freemasons. This is relevant because of the widely documented agenda of the Freemasons which influences the decisions of politicians who are members of that fraternity. I know that he’s a Freemason because when I was seventeen a friend of mine tried to initiate me into a club called DeMolay which is a Masonic youth group that feeds its senior members into the Freemasons. When my friend tried to initiate me, he took me to Don Atchison’s suit store where Don Atchison gave me a speech about the benefits of joining DeMolay, and then he talked about some of the benefits of possibly becoming a Mason, and he mentioned some famous Masons through history. This woke me up to the fact that elitist businessmen use this fraternity as a forum to scratch each-other’s backs, and I realized that the trait which made my friend want me to be a member was my self-servingness, my ego, and my willingness to step on other people for personal benefit … those were all traits which I had when I was that age, and they are traits which I now despise, but I’ve learned that Masons recruit and reward people who have those traits, and they cultishly brainwash their members to believe that those negative traits are “virtue”. And their members often get placed into positions of political power in order to do the Masonic agenda called the “Great Work of Ages” which is a plan to create a global government that’s ruled by the European Aristocracy. While studying this topic, I’ve heard many anecdotes about members of city counsels gathering in Masonic lodges to predetermine the outcomes of votes. Long story short: These people are elected to represent the people, but they’re voting in accordance with an agenda that comes directly from the Queen of England. We need to elect people who will vote in accordance with the wants and needs of the people in their constituencies; and for that reason, we must not elect politicians who are members of any secretive “elite rich white guy” fraternity such as the Freemasons. And I know with 100% accuracy that Don Atchison is a member of that club — him and other city counselmembers meet every second monday at the Masonic lodge on the east side of town where they predetermine the outcomes of debates and votes.

THANK YOU FOR EDUCATING YOUR COMMUNITY AS TO THE DANGERS OF SECRET SOCIETIES FOR A HEALTHY PEACEFUL AND EQUITABLE PLANET and most of all…. THANK YOU GOD ATON FOR REMOVING ALL SECRET SOCIETIES FROM OUR PLANET… WE DON’T WANT THEM, WE DON’T NEED THEM…SEND THEM TO ANOTHER SLAVE PLANET WHERE THEY CAN LEARN AMONG THEMSELVES.

7 thoughts on “Saskatoon Mayor Goes Off During Council Meeting, Suggests Media Conspiracy (STUNNING display of hypocracy… after all…he’s a M-A-S-O-N)”