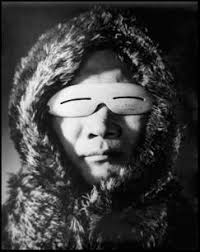 Unprecedented Earth changes are taking place at this time.

L.A. had a record cool summer and a few days after summer is over, they shoot up to a record high 113 degrees. Parts of Brazil and Bolivia shattered record cold temps and were colder than Antarctica for much of July, killing millions of fish, and many alligators and fresh water dolphins! Weather is going crazy around the world and all the mainstream media talks about is “climate change” “global warming”…etc. But they won’t touch upon the True Cause, because for them it is too alarming.

An increasing number of people around the world have witnessed amazing changes in the location of Sun rise and set in summer and winter. Apparently this is being caused by the earth moving below the old ecliptic plane in summer and above it in winter! The moon is also playing rodeo all over the sky….and the media says nothing. I have read of reports (as yet unsubstantiated) that a “gag order” is in place and professionals dealing with the subject have had to sign non-disclosure agreementsregarding these facts. The Inuit peoples of the high arctic have published several stories regarding the changes in sun position at their locations and were told by a meteorologist that it is an “optical phenomenon unique to the extremely high horizon”. Yet these changes are visible all over the world. Ordinary citizens from all over the world are reporting their observations regarding the sun andmoonchanging their positions in the sky. And we’re not just talking inches here. The changes are amazing to say the least! The furthest north the sun traditionally appeared for thousands of years, was the tropic of cancer which passes through central mexico, yet now, at the beginning of summer, it can be witnessed to rise in the direction of maine and set in the direction of seattle.

And according to the universities, the highest latitude that the moon reaches, is 28.5 degrees, yet for the last couple years at least, it has transgressed that number by a significant margin! One can watchthe moon rise low in the south east and set in the southwest, at least from my position at 40 degrees north in the midwest U.S. and then, within two weeks time, it will rise high in the northeast and set in the northwest, far north of 28.5 degrees.

According to WIRED magazine and others, scientists are perplexed at the mysterious high tides, and reports of “giant rogue waves” coming out of the clear blue, and Tsunami are on the increase, as are earthquakes in populated areas around the world. Changes in the sun are being documented at a dizzying pace these days as well, and on the same day that a large asteroid hit jupiter this summer, something impacted Venus. These were observed on the same day!

One can easily observe the sun rising too far north in summer and too far south in winter and these changes are, themselves, in a state of change.

I have assembled a long list of reputable sources of information in support of my observations and those of others, that these events are indeed taking place.

One thought on “Techstuf: HUGE media blackout regarding Earth and Moon orbital changes?”